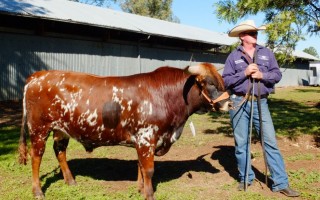 He had been described as a “spectacular calf” by the judge in June 2014, but in June 2015, 20-mth old Brad P took it home, by winning his bull class and the overall Grand Champion at the 2015 TLA Led Show.   Well-known Canadian Texas Longhorn judge and breeder, Deb Lesyk was very impressed. In summing up her judgement, Deb said “I really like this bull:  he is close to the ground, has a nice topline, he’s smooth and well muscled, he has a clean neck and he’s clean underneath. He has good testicular development and he’s got great horn”.

He also happens to have great colour and a lovely temperament.  His first calves are hitting the ground at the moment, and he’s soon to go back with a larger herd for his second season as a CCC Herd Sire. 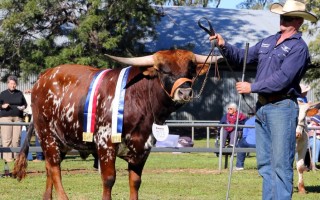 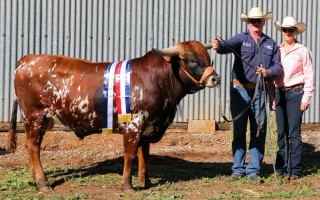 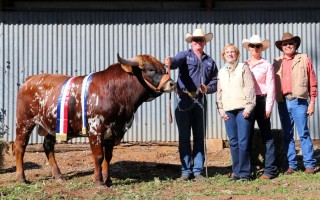