CCC was invited by the Australian American Association (AAA), to take some live cattle into the centre of Canberra city for their inaugural Big Smoque BBQ Festival in December 2015.  This festival was a sanctioned BBQ competition with 9 competitive teams from all-over Australia, plus a range of other American themed entertainment, food and drinks.

We took our favourite bull, Coolamon Rimfire and lovely cow CCC Sophie T with her young calf at foot.  The cattle were situated right in front of the main steps of the Canberra Theatre Centre, so not only did they have a big promotional screen (for viewing in bed), but they had more people pass by them than most longhorns would see in a life time!   We were so proud, they took the whole event in their strides and didn’t put a foot wrong.  Knowing them to be such quiet, amenable cattle, it was funny to hear the crowd gasp, when Cory entered to clean their yards…think they were imagining a bull-fight like scenario!

We were delighted to have our friends Gordon and Desley Davidson from D7 Spur Longhorns, Tambo Queensland come down to join us, bringing some mounted skulls, more photographs and assistance with the many questions. We also had some promotional materials from Michael and Lynda Bethel from Texas Longhorn Wagon Tours, Charters Towers, to illustrate the versatility of the breed.

Our delightful friend, Alicia from the AAA looked after us all weekend and we had a ball. We even ended up naming Sophie’s beautiful baby, after her! 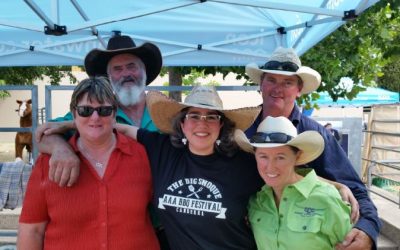 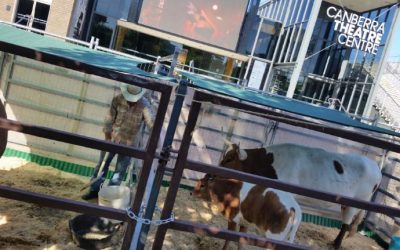 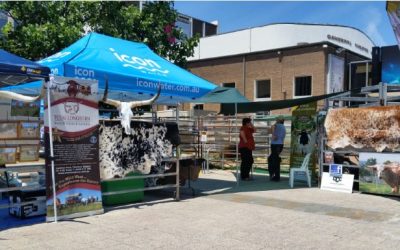 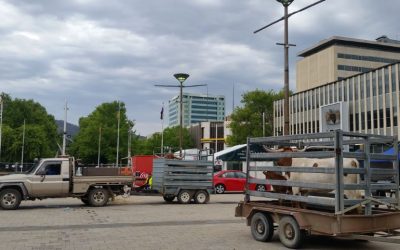 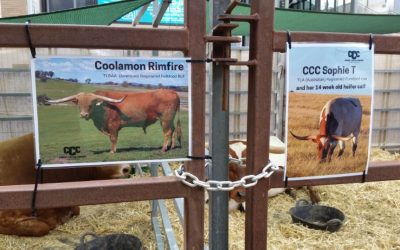 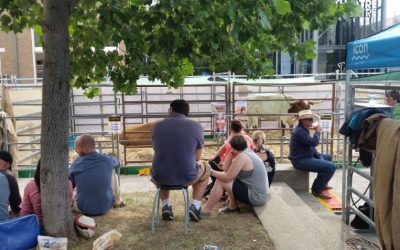